It's been almost two years! 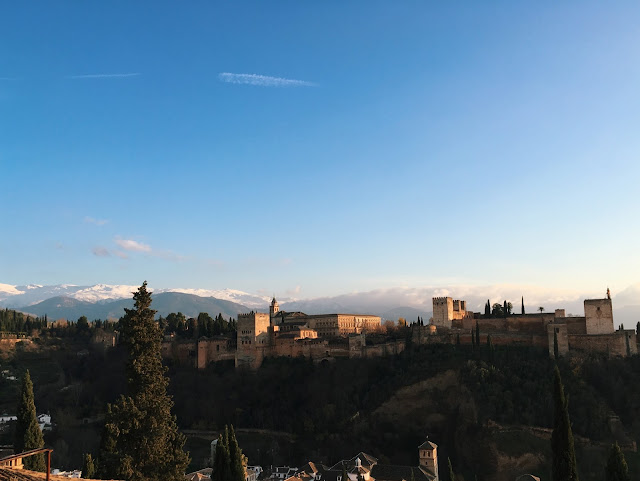 Breathtaking view of the 13th-century Alhambra Palace from the Mirador San Nicolás. Behind La Alhambra you can see la Sierra Nevada (Snowy Peak) that is only 30-something minutes away by car.


... since the last time I posted here. A lot of things have happened, of course, I moved countries, about three times... maybe four. I started a new job. I visited cities that I've never knew before like Athens, Brest and Granada. And I started a new project called Minimaps. I've been meaning to come here and tell you. And here I am. Better late than never.

I'll illustrate this post with the photos of my latest trip to Granada, that I just posted in Minimaps blog. Please enjoy, have a look at Minimaps and get involved if you want, it's a collective placemaking project, and if you have a couple of free days coming and you have no idea where to go, book a ticket a to Granada, it's an amazing place.

Super happy new year to all!


Going up the Albaicín neighborhood: houses and the little orange trees you can find everywhere in Granada.
They are SO beautiful.

Food, food, food. Granada and the whole south of Spain is very famous for their delicious and ver generous tapas. Also, being Granada very close to the sea it's fish dishes are delish!